Prayer on the 50-Yard-Line? 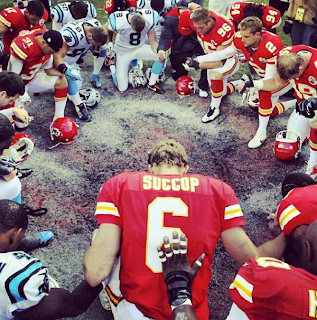 After every NFL game, players from each NFL team have the opportunity to pray, together with players from the opposing team, at the center of the football field.  While fans around the country are bitter after a loss or elated after a win, yelling at their televisions or gloating to their friends, hundreds of players around the country take their knees to submit to something greater, something far beyond the game.

This picture was captured after the Kansas City game the day after Jovan Belcher killed himself and allegedly murdered his girlfriend.  To me, it signifies the astute reality that they faced that weekend of just how meaningless football is within itself and how meaningful their platforms can be as players of the most popular game in America. 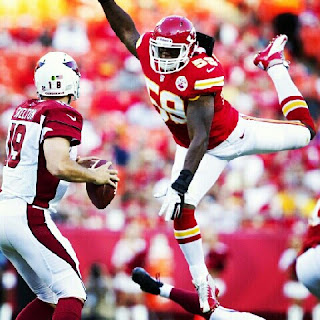