“We’re here to find the spouse God intends for us,” my undergraduate students at a private Christian liberal arts university explained to me.   It was my first week on campus and I’d already heard whispers among faculty of their rising concern about “Ring-by-Spring,” a quick-marriage-is-best phenomenon sweeping college campuses around the nation.

“Why wait longer than spring if we know who we want to marry?” they asked.

I was floored by their collective preference to start dating one semester and be married by the next.  Did they not know the joy of first dates?  First kisses?  Fun crushes that lasted just long enough to break a small piece of their hearts before they moved on to the next?

That’s the WORST timing possible, I dream-crushingly shouted to the googly-eyed undergrads.  “You can’t possibly even know if you like each other yet”

They watched their female friends drop out of school after receiving their “MRS. Degrees” and they longed to be the next to say, “I do.”

Unexpectedly, my public speaking class turned into a lecture on love.

Eighty-eight percent of Americans between the ages of 20 and 29 believe that they have a soul mate who is waiting for them.  Approximately ninety percent of them will choose to marry.  It wasn’t their desire to be married that shocked me, it was their willingness to jump into the covenant so quickly.

I told them about limerence - the state of falling in love; when one becomes obsessive about love.  At once, the burgeoning-lover’s brain sees a shift as the dopamine levels rise and  serotonin drops.   The rise in dopamine sends sensations of pleasure to the brain.   For new lovers, the drop in serotonin resembles the serotonin levels of those with obsessive-compulsive disorder, thus explaining the obsessive feelings new lovers feel toward their beloved.  In essence, it makes them feel “crazy” in love.  And so what do we do?  Commit our lives to each other?  NO!

I even broke out the marriage survival rate statistics:

“Why not wait at least until you graduate?” I begged them.  They just giggled.
That night, I couldn’t fall asleep as I wracked my brain for a reason why these seemingly intelligent students wanted to rush so quickly into the life-long commitment of marriage. I admired their faith -- their thought that God would introduce them only to their future spouse. But certainly they must realize that God couldn’t have intended for each of them to meet their future spouse at school, I reasoned.  After all, the university has enough females to host mini-episodes of The Bachelor on campus for each single male.  Why were they so willing to get married? Was it a right of passage?  A trophy for the most desirable coeds on campus? Perhaps it was as simple as engaging in the most foolproof way to avoid premarital sex.

“What are you looking for in a potential spouse?” I asked them as class was ending.

They took turns at first, one at a time, each of them telling me what they most desired in a potential mate.  I recorded their answers as they told me:

“I want someone who is okay with how I look too,” a young bearded man from the back of the room shouted, as if placing his order for a soulmate.

Not a single student said they were looking for love.

“What about love?” I asked, pointing out what seemed like an accidental omission.  “Would you marry someone who had all of these things you wanted even if you didn’t love them?”

“Of course,” they answered.  “Love is inevitable when everything else is in place,” they explained, “even if it takes a while to develop it.”

I felt as if I had stepped back in time.

In America, love has become the most important factor in our decision to marry.  But it wasn’t always that way.  In fact, the idea of marrying for love has been growing steadily for about the last 200 years.  Before then, marriage was mainly used to unite families for peace making and financial purposes.

As recently as the 1960s, 75% of American women said they would marry a person they didn’t love if the person had all of the other characteristics that they were looking for.

By the 1980s, romantic relationships were the most frequent topic of conversation for college students but only 20% women said they would forego being in love with a marriage partner who had all of the other traits they desired.

The number has only grown since then as the Western idea of the “love-fueled” marriage is catching on throughout the world (and higher divorce rates follow closely behind).

Perhaps my googly-eyed Christian undergrads are on to something.  While the rest of us are out hunting for love with Cupid's arrows, they have a more thought-out and lasting list of “must-haves” in their quiver.  Historically, love as an impetus for marriage hasn’t been a good thing for those who want their marriages to last.  Perhaps the “naive” Christian co-eds are onto something that may help the rest of us when choosing a partner.  And perhaps “Ring-by-Spring” isn’t so bad for those who are not under the spell of limerence that leaves the rest of us crazy in love.

I’ll keep you updated.  In the meantime, I’d love to hear your thoughts.

References, for those of you who would like to read more:

Coontz, S. (2005).  Marriage, a History: from obedience to intimacy or how love
conquered marriage. City: Viking

For What Do You Hunger?


Brant was one of my professors at Purdue University -- and he was one of the people’s whose brilliant ideas and passion for his job made me fall in love with the idea of being a professor.  Even today, I can’t help but think of him every time I teach.

In the months before cancer claimed his body, I began saving all of our emails, knowing that one day his name would no longer show up in my inbox.

Today, I happened upon a particular exchange that moved me.  Less than a week after the Ravens beat the 49ers in Super Bowl XLVII, the topic seems pertinent. 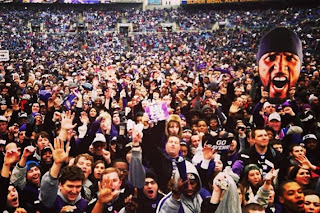 Together, we were working through some ideas about football players as idols and stadiums as places of worship.  I asked,  “On Sundays, people gather in stadiums around the country, throw their arms in the air and "worship" the team for whom they cheer... Wasn’t it once churches that brought people together in this way?”

To which he responded:

“You are on target about our culture - we do worship athletes, and our sports arenas and stadiums are temples where we worship our (false) gods.  It says something about the poverty of our culture that this is so - not that we worship athletes, but that we don't collectively worship other elements of our culture (playwrights, poets, historians) as did the ancients.  I worry about what my students do NOT know - it seems sometimes like they haven't inherited any culture to speak of - they know very little history and the "culture" with which they are familiar is restricted to the lowest common denominator - pop culture.  I'm not against pop culture or knowledge of it (though some of our pop culture is pretty vulgar), but I do wish this was only ONE thing about which our young people were knowledgeable - I honestly think lots of folks would be happier human beings if they were more culturally enriched.  Maybe if people had a sense of place historically and philosophically, they wouldn't have such a hunger for material toys."

Maybe Brant was right.  Tonight, in honor of my friend, I’m turning off my twitter feed and turning instead to the books that line my shelves.  And I hope that you might too.  Let's educated ourselves so that we might educate our sons and daughters to know their place historically and philosophically, and perhaps someday they won’t hunger for the same false nourishment that holds the rest of us hostage from what matters most.
on February 07, 2013 No comments: